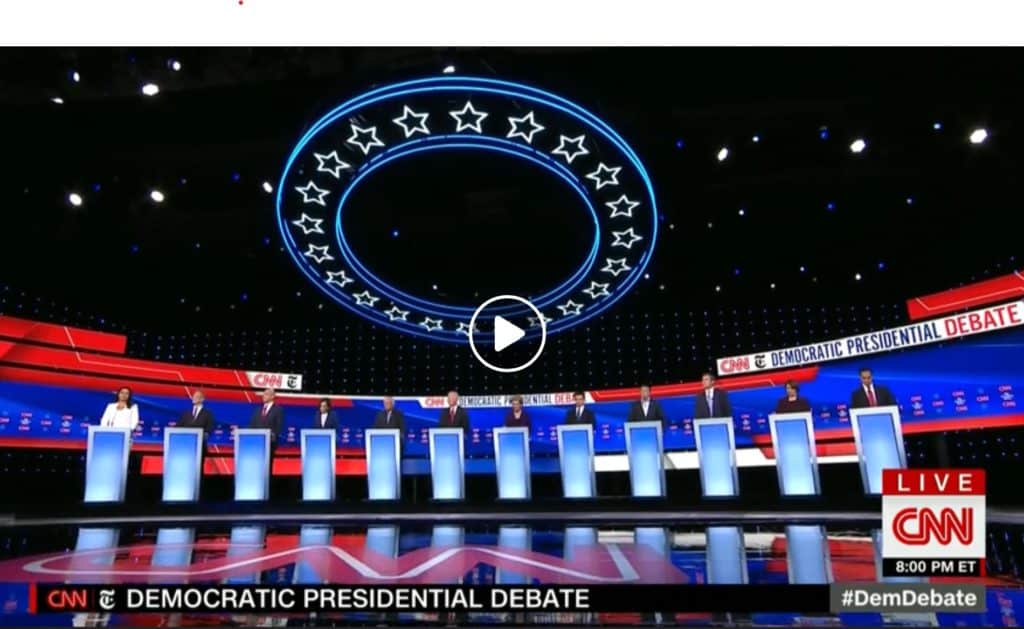 The October Democratic Debate of 2019 was an important moment for candidates to make a mark and share their message with the American people before heading into 2020. Like any important communication, humor played a valuable role in either helping or hurting their cause.

As we did for the last debate, we decided to take a look at how humor was (and wasn’t) used by each of the candidates. Joining me this time was Dave Tarvin, PhD, a Texas A&M lecturer in subjects including the Rhetoric of Humor, Intercultural Communication, and Leadership & Conflict Resolution. He also happens to be my brother.

To review the humor in the debate, we again created a “Humor Effectiveness Score” for each candidate.

For every humor attempt in the debate, and in some cases, the missed opportunities, we rated the effectiveness on a scale of -5 to 5. The HES is the sum of that score by candidate, and effectiveness was a subjective measure that included audience reaction, humor delivery, and humor purpose.

Here’s how the candidates did using humor:

DAVE: Sanders did well with humor, he smiled throughout the debate, used sarcasm well, and had the best moment of the night (asking if he was being compared to Putin). The humor he used was in character with his persona.

DREW: Given Sanders’ recent health issues, it was important for him to show that he was healthy. He did that well with passionate answers, self-deprecating comments, sincere gratitude, and a sense of humor. He also got the biggest laugh of the night when he asked if Biden was suggesting he was like Putin.

DAVE: Booker used humor the most and did it the best, from his starting answer (“Glad to get to participate”) to his closing story, he seemed to gain the audience’s approval.

DREW: Booker worked hard to keep a positive approach, calling out his fellow debaters on how they were attacking each other a couple of times. Like the previous debate, he continued to use strong analogies and passion when giving answers to create a sense of optimism and inspiration.

DAVE: Yang did okay throughout but what stood out the most was his aggressive humor towards Bing coming out of the second commercial break. While burns (or comedic insults) can work, his delivery here seemed to elicit uncomfortable laughter.

DREW: Compared to the last debate, Yang stayed away from planned punchlines and stuck to other forms of humor. His stories were relevant to the questions and picked metaphors and points to relate directly with the audience, and I didn’t mind his dig at Bing. He was also the only one to wear a unique pin connected to his campaign: MATH.

DAVE: Klobuchar did well to address the people in the middle of the country, and used a great metaphor when talking about building a “big blue wall,” that “Trump was going to pay for.” It stated her point while also referencing a talking point against Trump.

DREW: Klobuchar had a good humor night. She had a couple of planned lines (“Trump is making Russia great again,”), some memorable quips (“silver surge” and “plan vs pipe dream”), and a few good reaction lines, “No one up here wants to protect billionaires, not even the billionaire.”

DAVE: It was a tough night for Warren in the sense that it seemed she got attacked by her fellow candidates did as much as Trump. She could have used humor more to defend herself, but she did have a good burn on Biden in the distinct omission of his name in terms of people she wanted to thank, namely President Barack Obama, for helping to create the Consumer Financial Protection Bureau after the 2008 financial crisis.

DREW: There were no straight comedic moments from Warren like at the LGBTQ town hall, but she did use relevant stories and some quips to land her points. She missed an opportunity to use humor when people kept attacking her for not clarifying if the middle class would pay higher taxes, and her burn on Republicans (“whoever they get stuck with”) was a bit aggressive.

DAVE: Buttigieg used some humor, but much of it seemed aggressive towards his other candidates. While he is to be commended on his service, his attack on O’Rourke (“I don’t need lessons from you on courage”) came across very aggressively.

DREW: Buttigieg maintained a decent humor score from the last debate, particularly with having the audience imagine the future after Trump. However he was more aggressive with his humor, like his attacks on Warren and O’Rourke, which may impact how he’s perceived by the audience.

DAVE: Harris had some strong moments, such as the applause break she received when referring to the opioid companies as drug dealers, but also had some missed opportunities for humor, such as in the last question.

DREW: Harris had mixed success with the humor she used. She had a solid line relating drug companies to drug dealers and strong observational humor with “I was just being observant.” However, her pushing of Warren on getting Trump off Twitter and her facial expressions during the exchange came across as aggressive.

DAVE: Based on previous performances, Biden did much better with humor this time, responding with quick answers and having a few comedic moments. His exchange with Sanders about Putin was one of the few spontaneous, authentic moments of the night.

DREW: Biden had a stronger night than his previous outing with his use of humor. He owned his age, used some self-deprecating humor when he was going on about ideas, and also reacted well when Sanders commented on being Putin.

DAVE: O’Rourke didn’t seem to have any truly standout moments while using humor, staying within the general use of story for some of his answers. His response to the final question had the opportunity for a lot of humor, he just didn’t share all that much.

DREW: O’Rourke seemed to have more positivity this debate than the last. He still shared important and somber responses, but he also shared a few stories and made a couple of strong associations to improve his points. He did miss the chance to better showcase his passion and personality that have come out at previous events.

DAVE: Though Castro didn’t use a ton of humor, he did deliver a passionate soliloquy on gun violence that ended with an effective use of wording that “police violence is gun violence.”

DREW: Castro didn’t have a ton of opportunity to speak during the debate, and in those moments didn’t use much humor. His stories and quips did help land some of his key points.

DAVE: As one of the new faces on the stage, Gabbard seemed to get lost in the shuffle and seemed out of sorts at different points. Her slower style of speech also made it harder to stay engaged as she spoke.

DREW: Gabbard wasn’t very prominent during the debate in terms of total response time. In the moments she did talk, she used a couple stories and quotes that made her point, particularly her explanation of Aloha, but also didn’t do much to leave a lasting impression.

DAVE: Steyer didn’t speak and, when he did, didn’t seem to say much that stood out. While speaking, he only looked at the camera, whereas other candidates looked at each other, the moderators, and the audience. This made Steyer come across as less conversational as the others.

DREW: Steyer, like Castro and Gabbard, didn’t have much airtime in the debate. He had a few good quips, and fine closing story, but he also said the word “frenemies” in a serious answer.

DAVE: There were some very effective moments of humor used, particularly the exchange between Sanders and Biden around Putin. It humanized both candidates and was a breath of fresh air to the debate. All of the candidates missed a huge opportunity for humor in answering the final question, as well as in several other places throughout.

DREW: Overall, there were some humorous moments throughout the debate, but it still seems like there is a large opportunity for so much more. While sharing content (such as the specifics of a plan) is vital in this type of forum, it’s also important for candidates to showcase who they are when they aren’t completely scripted in a speech. Booker and Sanders were the highlights for me, both delivering humor effectively and in a way that seemed authentic to their personas.

For more, check out our series on Humor in Unexpected Places. For media inquiries, contact [email protected] or call 646-543-7398.

How To Use Humor To Teach and Engage Your Students

Ever since I was little, my brother, David, has been a teacher. My mom thinks it’s one reason I did so […] 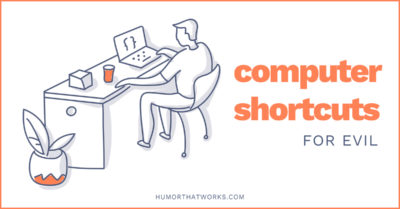 10 Computer Shortcuts You Can Use for Office Pranks

In honor of April Fool’s Day, here are 10 computer shortcuts you can use for (evil) office pranks. Why would […] 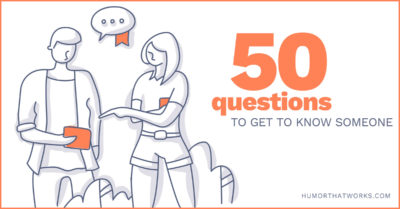 50 Questions to Get to Know Someone

Want to get to know me better (or anyone really)?  Just ask one of the below questions to get to […]