42 Ways to Determine Who Goes First in an Exercise 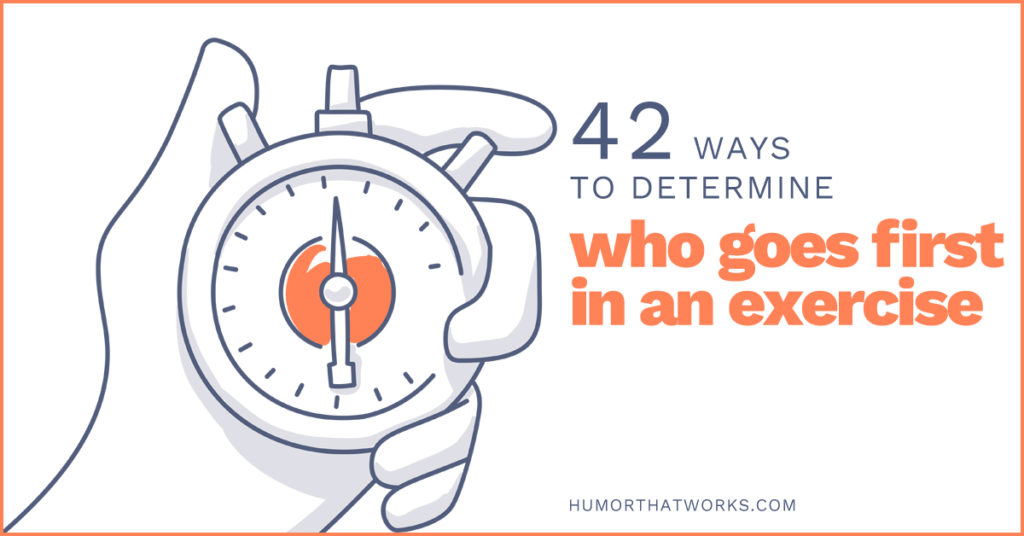 Tired of rolling a dice to figure out who goes first in an exercise? You’re in the right place. Behold! Whether you’re playing live or virtually, here are 42 ways to determine first player (with instructions).

When facilitating applied improv exercises, I’ve found that things run more smoothly if you give the participants an easy way to determine who goes first. Yes, you can always say, “Decide who goes first…” but that immediately introduces a bit of ambiguity that they have to solve before doing an activity.

Plus it misses out on a moment of levity and/or connection. That said, if you’re doing a series of different exercises, you can sometimes run out of different ways of selecting who starts and going back to “Whoever has the longest hair…” over and over again can get old (and feels hair-ist).

So I polled some fellow applied improvisers in the fantastic applied improv facebook group and helped generate this list of 42 ways to determine who goes first in an exercise. A quick note about these prompts:

Determine Who Goes First in an Exercise For All Facilitations:

And for fun, one facilitator suggested we brainstorm the WORST ways to determine who goes first. These are prompts you should definitely NOT use.

How NOT to Decide Who Goes First In An Exercise

Also shout out to Ted DesMaisons who also shared his own list. He shares a few great prompts for creating your own prompts, including:

The Comedy Experience, An Interview with Peppercomm

101 Funny Work Jokes for the Joke of the Day 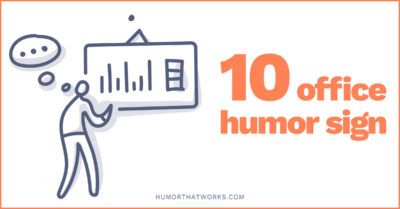 Sometimes you need to put up a sign to share an important message to people.  But just because it’s an […]