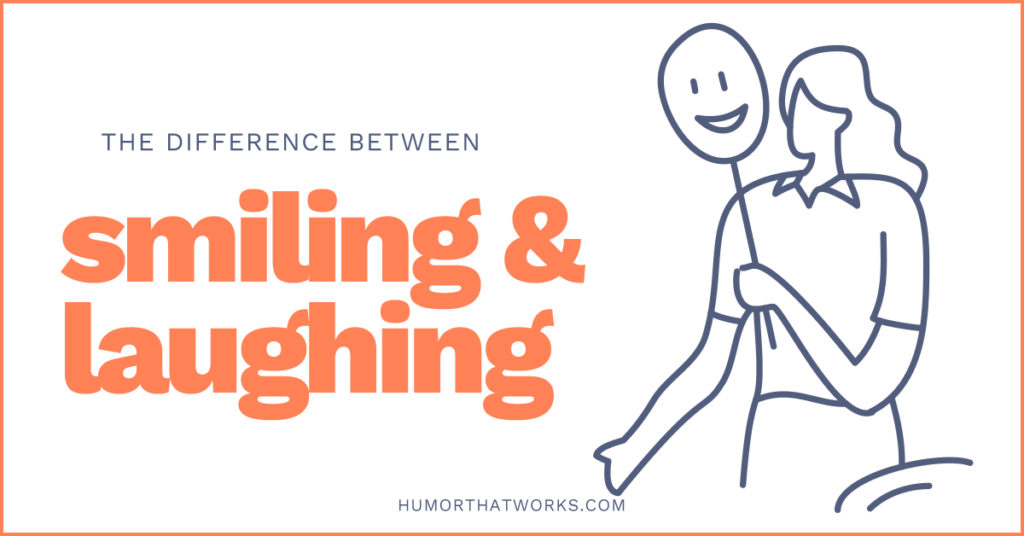 “Smiles are more likely to express feelings of satisfaction or good will, while laughter comes from surprise or a recognition of an incongruity.” (page 184)

Smiles are most often connected to a positive experience, while laughing is related to something unexpected, but not necessarily positive.  And while smiling and laughing can be faked, they’re most natural cause comes from humor.

“Laughter is a social phenomenon. That’s why ‘getting the giggles’ never happens when we are alone.  In contrast, people often smile when they are reading or even when they are having private thoughts.” (page 185)

So, who cares about the difference between Smiling and Laughing?

How could you say such a thing!  Seriously, we should all care about the difference between smiling and laughing to learn more about happiness.  Another takeaway is that when working to incorporate humor into the workplace, you are more likely to elicit smiles than laughter.  Why?  Because there is a fear of laughing in the office, and rather than publicly express that an employee finds something funny, they’re more likely to privately enjoy the moment.

So as you attempt humor in the office, don’t worry about not hearing any laughter – instead look for the smiles on your co-workers faces as they enjoy the benefits of humor.

A recent story on NPR shared the value of humor in politics in campaigning, which echoes a previous article we […]

Team Building Activities that are Not Awful

We recently came across this funny and worrisome article on team building activities that went horribly wrong. So, it got […] 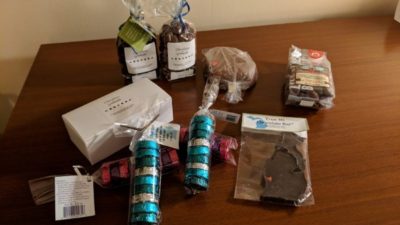 You Get What You Ask For

One of the many lessons I’ve learned from improvisation is that you get back what you put out there. I first learned […]

4 thoughts on “The Difference Between Smiling and Laughing”