We read Stand-Up Comedy: The Book

by Judy Carter and truly loved it. This is a Stand-Up Comedy the Book review, and you can also check out other book reviews on Humor That Works or see our recommendations in our Humor Resources.

All the world loves a clown and whether you want to clown around at parties or make a living as a standup comic, comedian Judy Carter can show you how to ‘do’ comedy.

My Thoughts on Stand-up Comedy The Book

Judy Carter is also the author of The Comedy Bible, written in 2001, and though this book is older (1989) and I read it second, I still think it’s the better book. Much of the same praise from The Comedy Bible remains the same:

If you are brand new to stand-up comedy, you will learn some of the basic terminology like setup, punch, and callback. It’s also written as if it were a workshop, leaving the reader to do exercises and activities which encourages the best way to get better at comedy: by doing it.

However, what I like about this book better is that it’s more focused. The Comedy Bible tried to do too much–this focuses on building your first set as a stand-up comedian. It doesn’t claim to help you climb to the top in the business, nor is it diluted with a poor attempt at teaching you how to write sketch comedy: it’s written specifically for the person who wants to try stand-up for the first time, and to-date, is the best book that I’ve found for that.

There is one watchout with the book: comedy has evolved in the 20 years since the book was written and, though most of it holds up, some of the techniques are outdated–namely the idea that every thing you say has to be in the style of “setup/punch.” You’ll be OK  if you follow the tips in the book, just know that you won’t be on the bleeding edge of comedy.

I enjoy the journey the book takes you through as you start to develop a possible stand-up set. The reminders are also helpful: “Remember, comedy doesn’t kill. The trick to dealing with fear is to go on in spite of feeling afraid.”

Who Should Read Stand-Up Comedy The Book

If you’re brand new to comedy and interested in trying stand-up (or are still in your first year), this book can help you get a jump-start on the process. It won’t make you an instant success and you’ll want to use your own sense of style to determine what’s right for you, but it is a good primer to the fun, yet challenging world of stand-up comedy.

Buy it on Amazon: Stand-Up Comedy: The Book

We read Stand-Up Comedy: The Book by Judy Carter and truly loved it. This is a Stand-Up Comedy the Book review, and you can also check out other book reviews on Humor That Works or see our recommendations in our Humor Resources. 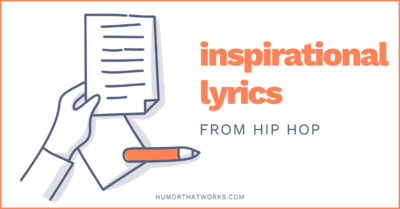 The stereotype about hip hop is that the best hip hop lyrics are about money, drugs, and/or women.  There are […] 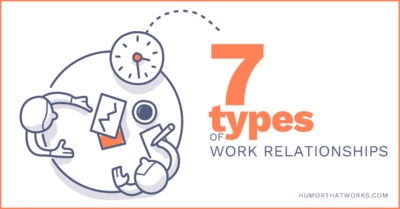 Now that we’ve covered the importance of relationships at work, let’s talk about the types of work relationships. Understanding the […]

Patricia Ryan Madson, author of one of my favorite books on improv, Improv Wisdom, has been teaching for more than […]