Meeting Jokes – When Office Humor is a Must 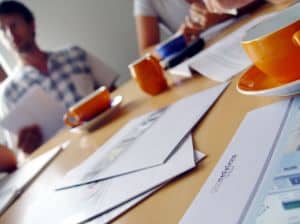 I propose a new rule: meetings can not last longer than my laptop battery or my bladder.

There’s a reason they’re called committees.  When you’re on one for too long, you start to think about committing something else- suicide, murder, yourself into a mental institute.

What You Learn in Meetings:

I learn a lot in meetings.  For instance, did you know that by bending a paper clip once, you can make a pretty cool ‘S’?

I think the reason we “nod off to sleep” is so it almost looks like we’re just emphatically agreeing whenever we’re in a boring meeting.

I don’t know what ferences are, but based on how I feel about conference calls, I must be proference.

My alarm clock broke so I’ve started scheduling early morning calls at the time I want to wake up.

My biggest issue with meetings is that, despite their name, they are rarely about me.

Congratulations to the finalists for the 2019 Corporate Humor Awards! Be sure to check out the full list of Corporate […]

Why Stress Isn’t a Bad Thing

The categories for the 2013 Corporate Humor Awards have now been released! The awards are divided into 2 sections: Organization […]

3 thoughts on “Meeting Jokes – When Office Humor is a Must”