How to Stop Hitting Snooze and Wake Up Early 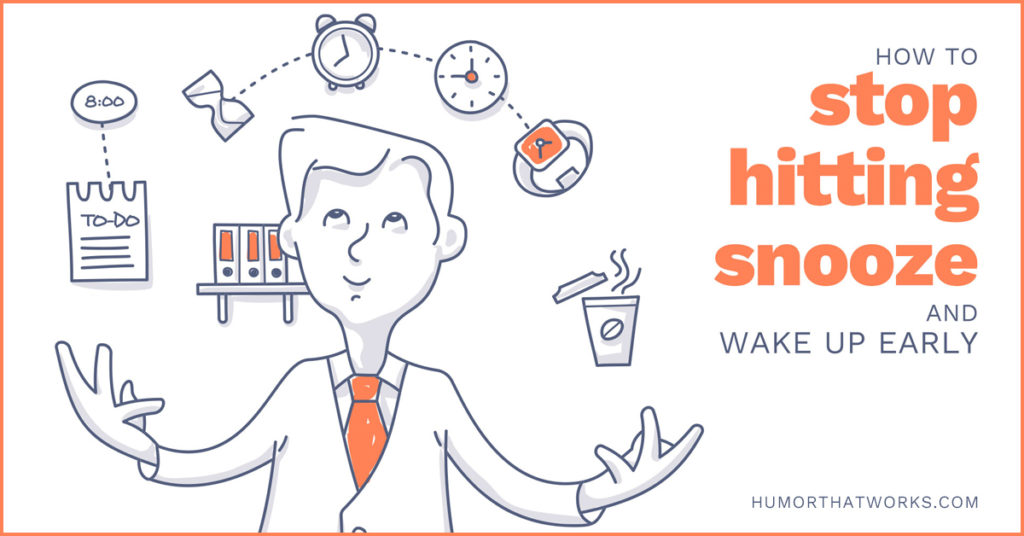 One of my biggest challenges since graduating college has been learning how to sop hitting snooze and how to wake up early.  It seemed that every morning I would hit the snooze button 6 or 7 times, wasting an hour of productivity (or at least uninterrupted sleep).

Last year, I decided I had had enough of the snooze button.  By applying a number of tips and tricks from various sources, and having a sense of humor about the morning hours, I was able to get up early and ween myself off the snooze button.

My first decision when wanting to wake up early was around the snooze button. Do I just start setting my alarm for 5am so I can hit snooze for an hour and wake up at 6am, or do I learn to stop hitting snooze and wake up on the first ring of the alarm?  I realized I would rather be able to wake up for the time I set on my alarm.

By learning the discipline of waking up the first time the alarm rings, I can change when it is I want to wake up. Right now the desired time is 6am–so I set my alarm for 6am and I’m good to go. But what happens if I need to start waking up at 5am, or decide to get up at 8am? If I only learned to wake up exactly at 6am, hitting snooze or otherwise, then changing the wake up time is an added challenge. But if I can get up as soon as the alarm clock goes off the first time, then it doesn’t matter for what time I set the alarm.

And it’s worked.  For the past year, I’ve been waking up early by not hitting snooze.  I’ll admit that I have days (and sometimes a week) where I “relapse” into hitting snooze, and if I told you that I love every minute of 6am, I’d be a liar–but, I have become an “early-riser.”

To do so, I had to combine all the tips and tricks that I’ve learned and read about through the years (trust me, I’ve done a lot of research on this).  The 12 step intervention plan I used is below. I tried to link to the original sources I learned each tip from, where I could remember.

12 Tips to Stop Hitting Snooze and Wake Up Early

How You Can Wake Up Early

By attacking my snooze addiction from multiple angles, and creating a routine using the above tips, I’ve been able to survive waking up at 6am.  As a result, I’ve had more productive days because I’ve started the day off right.

I’m sure not everyone will need to incorporate all of the tips like I do, but at least you can pick and choose which ones will work for you. No two people are exactly alike–you have to find out what motivations, tricks, and techniques work for you.  Good luck, and good mornings.

My Get Up Early Routine

For those of you curious about my specific routine, this is what my mornings currently look like:

Got your own tips for waking up early and not hitting snooze? Share them in the comments.

Looking to innovate holistically, quickly, and in a way that actually pleases your customers?  Take a bit from stand-up comedy […]

A company’s logo can represent a lot of things. It can just be something we use to identify a brand, […] 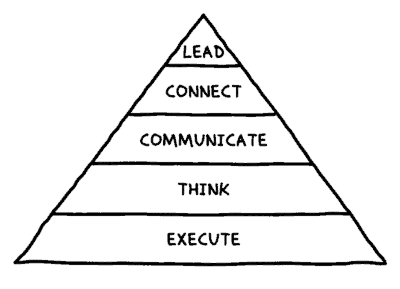 Here at Humor That Works, we’ve had the privilege of helping more than 250 organizations bring their people to life […]