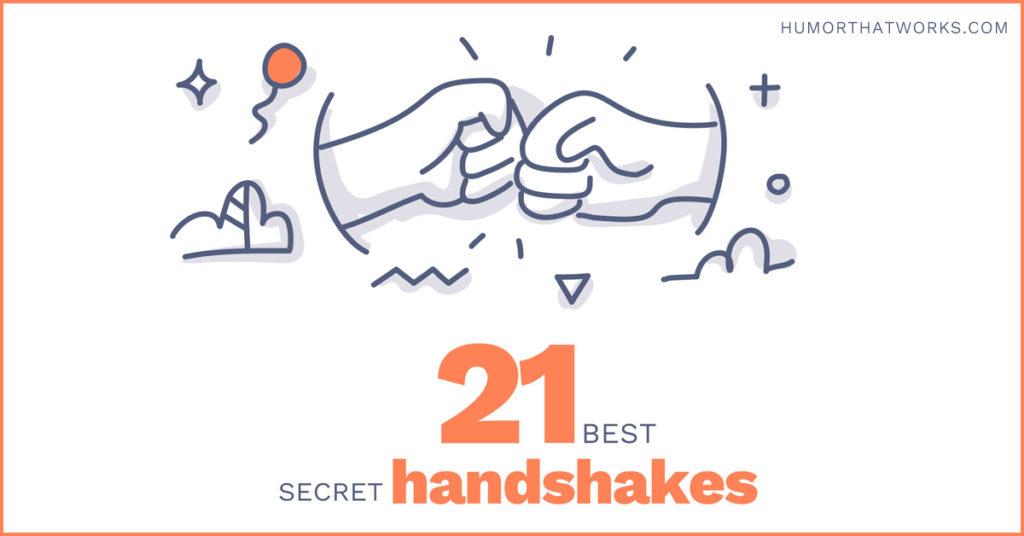 The handshake dates back to at least the 5th Century BC, and it has evolved a lot nowadays with sports and TV.  Baseball, basketball, and football players often have their own ‘secret’ handshakes, often inspired by specific college handshakes like the handshake ucsd.

Here are 21 of the best handshakes to spark some creativity.

Just when you though the handshake was done… there’s more.

Secret handshakes down the line!

Johan Santana supposedly has secret handshakes with all of his teammates. The “encore” is my favorite.

It’s a combination of Mortal Kombat and Street Fighter. Plus a high-five at the end.

6. Monta Ellis and Some Guy in a Coat

Not even someone walking through can interrupt this handshake.

Spectacles and reading a book–what else would you expect from the handshake of two ivy league grads?

The fact that the announcer gets in on a handshake is pretty sweet.

I like the robot into the frolicy jump in this handshake.

Simple, but impressive to have one with the football commissioner.

I love the fake jump into a secret handshake.

They never actually shake hands… but it is hilarious.

I believe this started with Missouri, but Hawaii celebrates with a rather simple handshake. Yep, just a handshake.

You don’t see too many hockey handshakes, but this one involves dancing and almost falling down.

Secret handshakes bring a little excitement into the office (though may also spread colds).

It’s simple but I grew up with this handshake.

Also from my childhood but there’s a lot more involved in this handshake.

19. Turk and Elliot from Scrubs

20. Homer Simpson and Stonecutter Guy from The Simpson’s

The best part is wearing the same shirt.

21. Troy and Abed from Community

It’s simple but effective. Also the clay versions of them do it as well.

Bonus: Gordon and Barajas of the LA Dodgers handshake

I saw this one after the original post but it’s too good not to include.

Got your own favorite secret handshake? Leave it in the comments.

Which do you think would make you happier, receiving a $5,000 pay raise or having a friend of a friend […]

Congratulations to the winners of the first ever Corporate Humor Awards! Check out the official press release below: INTEL, FEDEX, […]

If you’ve been following the series on Inclusive Organizations, you probably have one remaining question. We’ve answered the what and […]