What to Expect on your First Open Mic Night

So, you’re doing your first open mic! You’re excited, a little nervous (no need to be), happy and we are truly happy for you!

5 things to know about your first open mic:

1) Know the caliber of the mic.

2) Know how it operates.

3) Know the layout of the room.

4) Know how you’re going to perform.

Just for fun, here are a couple of Dos and Don’ts

It’s now time for the 2020 Corporate Humor Awards! Nominate an individual or organization that is helping to keep the […]

Infographic on Humor at Work

A great infographic on the value of humor at work. 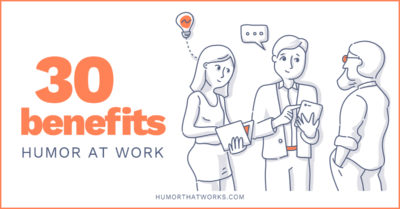 30 Benefits of Humor at Work

We at Humor That Works are incredibly passionate about humor in the workplace, and not because it’s just fun. We […]