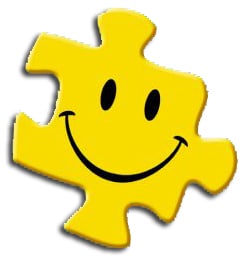 How does that affect you?  Well in addition to underscoring the importance of surrounding yourself with people who are generally happy, it also emphasizes the impact you have on other people.  When you’re happy, you increase the liklihood of your friends being happy by 15 percent (and people you don’t even know by six percent)!

So if not for yourself, than for the good of mankind (that might be a slight exaggeration), be happy.

The Missing Skill To Work Productivity

Note: This is part 5 of a 5 part series detailing why it’s important to have humor in the workplace.  […]

How to Be More Confident

I just wrapped up an awesome week at Louisiana State University where I taught a Fundamentals of Communication course. The […]

We are excited to announce that Drew’s TEDx talk on Humor at Work is available online. This talk dives deep […]