The United States of Laughter 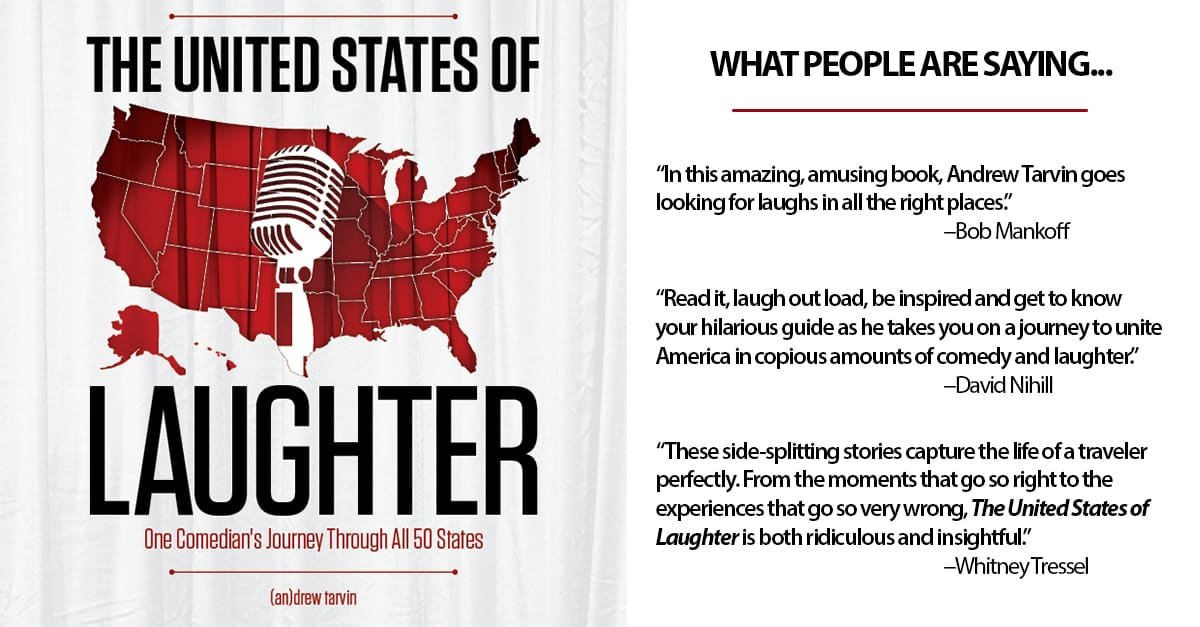 Today is the day! After 18 months of traveling and 12 months of writing, editing, re-writing, re-editing, re-writing etc, my book, The United States of Laughter, officially launches today. I’m incredibly excited to get it out to the world and I hope you’ll check it out. While the book doesn’t focus exclusively on humor in the… Read more

A light-hearted way to have fun with people talking loudly at the airport. This could easily apply in the office as well… Read more

In honor of the Ohio State versus Michigan college football game this weekend, I thought I’d share 25 of the best O-H-I-O pictures from The Ohio State University.  If you’re not familiar with the tradition, Ohio State fans spell out “Ohio” using their arms.  It started as a football cheer but has become a tradition… Read more

I got delayed on a short-flight to Cincinnati a little while back so I decided to attempt to write a humorous poem. Sitting in the runway, with nothing to do, I pulled out my pad, to write a joke or two. Nothing comes to mind, so I’m starting this rhyme, Just as a way to… Read more