The Musicality of Words

“This sentence has five words. Here are five more words. Five-word sentences are fine. But several together become monotonous. Listen to what is happening. The writing is getting boring. The sound of it drones. It’s like a stuck record. The ear demands some variety. Now listen. I vary the sentence length, and I create music. Music. The writing sings. It has a pleasant rhythm, a lilt, a harmony. I use short sentences. And I use sentences of medium length. And sometimes, when I am certain the reader is rested, I will engage him with a sentence of considerable length, a sentence that burns with energy and builds with all the impetus of a crescendo, the roll of the drums, the crash of the cymbals–sounds that say listen to this, it is important.” — Gary Provost

via [text] Gary Provost: “This sentence has five words.” : Frisson. 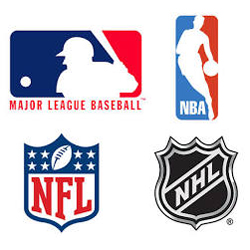 A friend of mine recently asked what I consider to be the best sports trivia question I’ve ever heard. It requires a broad level of knowledge and is something that can usually be figured out, but not immediately.

Of the four major sports leagues (MLB, NHL, NBA, and NFL), there are 9 teams whose team name does not end in ‘S.’ Can you name them?

Ex: the Cincinnati Bengals is not one of them because Bengals ends in ‘s.’

A Quora user asked for some good engineering jokes. See the full thread here, but below are my favorites:

Three engineering students were gathered together discussing the possible designers of the human body.  One said, “It was a mechanical engineer. Just look at all the joints.”

Another said, “No, it was an electrical engineer. The nervous system has many
thousands of electrical connections.”

The last said, “Actually it was a civil engineer. Who else would run a toxic
waste pipeline through a recreational area?”

Two engineering students were walking across campus when one said, “Where did
you get such a great bike?”

The second engineer replied, “Well, I was walking along yesterday minding my
own business when a beautiful woman rode up on this bike. She threw the bike
to the ground, took off all her clothes and said, “Take what you want.”

A priest, an ophthalmologist, and an engineer were golfing one morning behind a particularly slow group of golfers.

The engineer fumed, “What’s with those guys? We must have been waiting for fifteen minutes!”

The priest said, “Here comes the greens keeper. Let’s have a word with him.”

He said, “Hello, George. What’s wrong with that group ahead of us? They’re rather slow, aren’t they?”

The greens keeper replied, “Oh, yes. That’s a group of blind firemen. They lost their sight saving our clubhouse from a fire last year, so we let them play for free anytime.”

The group fell silent for a moment. Then the priest said, “That’s so sad. I think I’ll say a special prayer for them.”

The ophthalmologist added, “Good idea. And maybe I could examine  them to see if there’s anything I can do for them.”

They were silent for a moment.

Then the engineer said, “Why can’t they play at night?”

Q. How many software engineers does it take to change a light bulb?

A. None. That’s a hardware issue.

Three Logicians Walk into a Bar

Remember to Put the Glass Down

This came across a friend’s Facebook feed the other day. Definitely worth thinking about.

A psychologist walked around a room while teaching stress management to an audience. As she raised a glass of water, everyone expected they’d be asked the “half empty or half full” question. Instead, with a smile on her face, she inquired: “How heavy is this class of water?”

Answers called out ranged from 8 oz to 20 oz.

It’s important to remember to let go of your stresses. As early in the evening as you can, put all of your burdens down. Don’t carry them through the evening and into the night. Remember to put the glass down!