Old Spice: The Man Your Man Could Smell Like 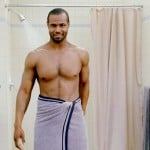 The most recent Old Spice campaign has generated over 100 million views online; the Old Spice channel on Youtube has over 100,000 subscribers; there are nearly 700,000 fans on Facebook.  What started out as a well-done commercial for Old Spice has turned into a hilarious internet phenom–and all of this for body wash and deodorant.

The entire campaign has been a showcase for the power of humor.  The reason the videos have exploded into popularity is, simply put, they are hilarious (although I’m sure having an attractive, athletic man with no shirt on doesn’t hurt).

I could try to describe all of the intricate details of what makes the videos work, but a picture is worth a thousand words, so the video is probably worth a million:

Why the Humor Works

The collective humor of the entire Old Spice campaign works for a number of reasons, many of which are re-applicable to a variety of work contexts (not just marketing):

Of course there’s more than just those 3 elements to consider–such as the hard work by the agency to do clever writing, proper promotion, and the shear work required to create over 150 videos responses, but those basics are something we can all learn from the videos.  And if you’re wondering how they could create so many videos (shooting as many as 40 in one day) in such a short time, the answer is improv.  In a talk with GameChangers,  Dean McBeth, Digital Strategist on the Old Spice brand said “Improvisation is the single most important factor in the success of the Old Spice Guy campaign.”

For more on the videos, check out the Top 10 Old Spice Guy Video Responses.

Join over 4,000 monthly readers and get a dose of humor delivered to your inbox (plus you’ll receive a free PDF of 50 Ways to Use Humor at Work).
{ 1 comment… add one }