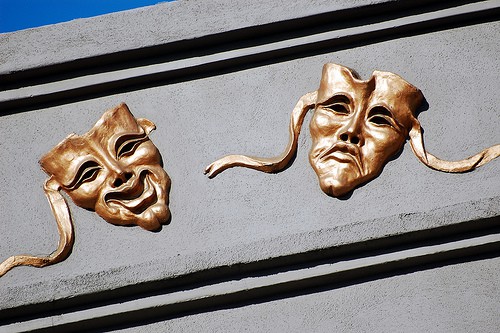 There’s been a lot of conversation lately about a couple of jokes, and the reaction to them, that led to two people losing their jobs. If you’re not familiar with the incident at PyCon, Business Insider has a recap of it, but the overly simplified version is:

While I won’t comment directly on this incident as I wasn’t there and won’t speculate on the details, it raises an interesting question about humor in the workplace.

The question is what is HR’s role when it comes to promoting appropriate use of humor at work and disciplining inappropriate uses?

So how do you regulate the two? The answer is simple but not necessarily easy: humor is not an excuse for any type of inappropriate behavior.

It’s simple because all of the traditional HR rules apply. Humor doesn’t change legal or common-sense requirements with regard to employee benefits, recruitment and hiring, and federal civil rights laws.

But, when it is wordplay that includes innuendo, it becomes less clear. The comments on articles about this story show the divide: some people say the jokes were in poor taste and inappropriate at the conference, others say they were harmless jokes of “boys-being-boys” in a private conversation.

Should Humor Be Avoided?

Given the ambiguity humor may introduce, is it better to avoid just using it all together?

I say no. That would be like giving up water because one time your roommate splashed cold water on you to wake you up in the middle of the night. The benefits of humor in the workplace are tremendous, and to give them up would be a disservice to your employees and yourself.

Instead, it’s better to train your people on how to use humor appropriately and effectively in the workplace by setting a good example, training on how to avoid inappropriate humor, and recognizing those who use humor well.

The situation at PyCon is unfortunate for all of those involved. Hopefully we can use this incident as a way to learn and grow, not just about conference behavior but also humor in the workplace.

Join over 4,000 monthly readers and get a dose of humor delivered to your inbox (plus you’ll receive a free PDF of 50 Ways to Use Humor at Work).
{ 0 comments… add one }